This page is to pay tribute to all the covers of City of the Gods: The Descendant
has gone through, and to show off the wonderful talent of the graphic designers I have had
the privilege of working with over the past few years.

Some covers you may recognize, some you may not. Enjoy!

Updated cover to celebrate City of the Gods: The Descendant
being self-published. 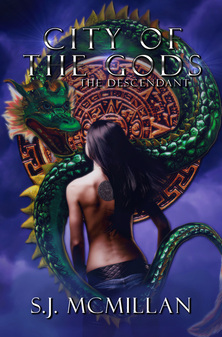 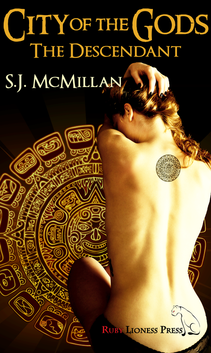 While I have loved all the covers designed for The Descendant, this one is probably my favorite.
From Ruby Lioness Press, May 2012-October 2012 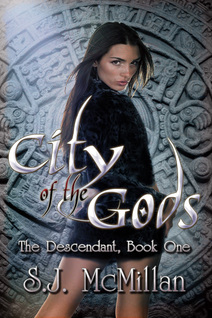 This was the first official cover for The Descendant
from Midnight Magic Press.

Unfortunately, the company closed before the book was ever released.
This cover never saw the light of day. 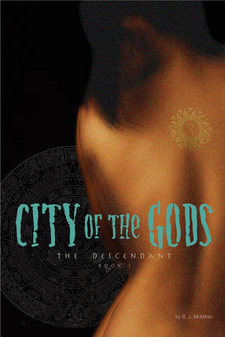 This was the original artwork for The Descendant.
I had asked my sister-in-law to create a cover so I could self-publish the book, but then Midnight Magic Press came along and offered me a contract.

This is the first time this particular cover
has ever been by more than a handful of people.